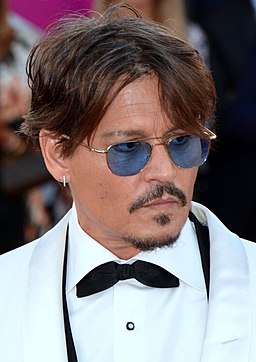 How’d you like to get Johnny Depp’s facial hair through wearing a Van Dyke beard? A Van Dyke beard is a facial hair style made popular in 17th century Europe, which was named after Anthony van Dyck, a 17th-century Flemish painter. Van Dyck even painted King Charles I of England a portrait with this beard style. It wouldn’t be a wonder why Johnny Depp is wearing it too! He’s not just famous but also one of the critically acclaimed actors there is in Hollywood with Golden Globe and Screen Actors Guild awards on his building portfolio. Credits should be given to him too, for being brave enough to take on many challenging roles as he starred in various films such as Edward Scissorhands, Sleepy Hollow, and the Pirate of the Caribbean movie series. On top of those remarkable roles he played, in real life, he was named twice as the “best actor” by a magazine and was listed in the 2012 Guinness Book of World Records as the highest-paid actor, with $75 million. Now, that’s what you call awesome, cool and sexy at the same time! You don’t need to follow his steps though as an actor to be like him as you can look like him with that beard. Find out on this article how to grow Johnny Depp as full beard styles click here to know more!

Now, get that Johnny Depp’s facial hair by following these simple steps.

Johnny Depp has played many remarkable characters in his movies but wearing this classy beard style sure is one of his marks. How to attain manliness with this beard style? Just keep it clean and pull it off with confidence like how Johnny Depp does! Grab that razor now and get that classy look!

How You Can Get the Wolverine Beard Style Look Like Hugh Jackman? 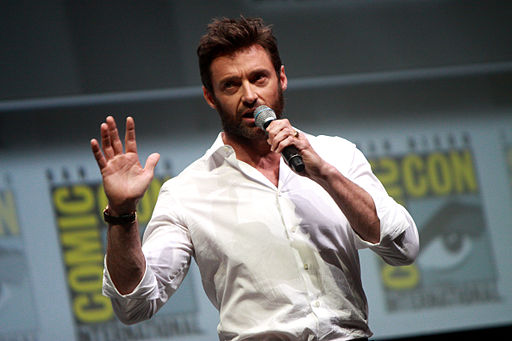 Ever thought of wearing Wolverine’s facial hair and look like, well, Hugh Jackman?

Aside from being known as Wolverine in the X-Men movie series, Hugh Jackman has also led well-known movies like Les Miserables, Real Steel, and Australia. Other than being an on-screen actor, he’s also a stage musical actor and a producer. Among Hugh Jackman’s achievements, he’s a Tony Award and Golden Globe Award winner.

For a man who can sing, dance, and act at the same time, it’s cool how he can also pull off that beard style like his movie character Wolverine.

A well-known magazine named Hugh Jackman as the “Sexiest Man Alive”. Now, who wouldn’t want to be like him, or at least look like him? The recognition, massive body, and not to mention his ability to heal himself (at least in the movie), men would really find it awesome to look like him. Well, no need to wonder how you can because you can all start with the beard. Read on and find out how to get that Wolverine facial hair looks like Hugh Jackman!

Now, get that Wolverine facial hair look by following these simple steps.

Men may not want to have adamantium claws growing from their knuckles. Maybe you’re not a fan of the X Men, but you’re a true Avenger at heart! Consider trying out.

No matter what style you’re going for, a barber is your best friend. If you’re not too confident that you can pull this beard style off by yourself, bring a pic next time you go to the barber and let him do it for you! You may not feel like a superhero, but you can definitely look like one. If you feel it’s time for you to wear that beard and show it off, grab that razor and act now!

How to Get Tony Stark Facial Hair and Look Like Iron Man? 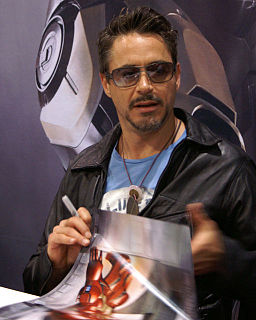 How do you like to get that Iron Man look by wearing the famous Tony Stark beard style? Iron Man, a movie based on a Marvel Comics’ character (of similar name) and was released in the summer of 2008. Robert Downey Jr. played the role of the fictional superhero character. In this film, he was the famous Tony Stark who captured the heart of moviegoers. Despite being a ladies’ man, he still turned out to be a very likable superhero by showing the audience how he also is an engineering genius who manufactures and sells weapons as a business (making him really wealthy). Downey’s performance received positive reviews and the superhero film turned to be a box office hit, gathered Oscar and other award-giving bodies’ nominations, and won numerous awards. With the long list of achievements of his film and on his plate as well, isn’t it cool to be Robert Downey Jr.? It wouldn’t be a wonder if men would find it awesome to look like him too as he got the attention and heart of people, including the gorgeous Gwyneth Paltrow (at least in the movie).

So, what’s one of the first amazing things noticeable about Tony Stark? Yes, that beard! Similar to this has also become one of the trendiest beards worn by men brave enough to pull it off. Read on and find out how to get that Tony Stark facial hair and look just like Iron Man!

Now, you’re ready to embrace that Iron Man look and get Tony Stark’s facial hair. Here are simple steps you can follow to get that look.

Preserve that Tony Stark facial hair with these helpful tips.

There may be things about Tony Stark that some would argue not worth imitating. But certainly, when it comes to being manly, you can definitely look up to his style. It’s important to note that achieving that perfect beard shape defines the Iron Man look! Keep in mind, too, if it’s really the right beard for you. But if you think that looking like Tony Stark isn’t the perfect choice for you, try growing a thicker beard about it about you. Nothing keeps your manliness down the line than wearing a beard that’s way too off for you!

Confident you have that face shape like Tony Stark’s? Then, you don’t need to be a comic superhero for you to have that look! Grab that razor now and start to look like Iron Man!